This spring I attended the opening reception for the University of Washington MFA + MDes Thesis Exhibition at the Henry Art Gallery. It is an exhibition I make a point of attending each year so I can learn about the freshly-graduated emerging artists and take note of who I want to keep my eye on.

One of the places in the exhibition I lingered the longest was in front of the textural, constructed photographic images by Joe Freeman. I marveled at how the work had been created. It appears to be of another time and place - a graphic, dark world, surreal and of the mind. The strong impression of his photography emerged again when Emma and I were selecting artists for To Be Alone Together.

Since I think of print photography as needing highly specialized processing equipment, chemicals and methods that are all a beautiful mystery to me, I wasn't sure what to expect visiting Joe's live/work studio in the University District.  Upon entering, he apologized for the small space, though no apology was necessary. In fact, I was immediately impressed by his ability to use what may be a 300 square foot apartment with such efficiency. Along one whole side of his studio is custom built shelving, a work bench, camera storage and a darkroom. As much as Joe is aching to move to a larger space, in these 25 feet of horizontal space, everything he needs to process and maintain the labors of his practice has found its place. 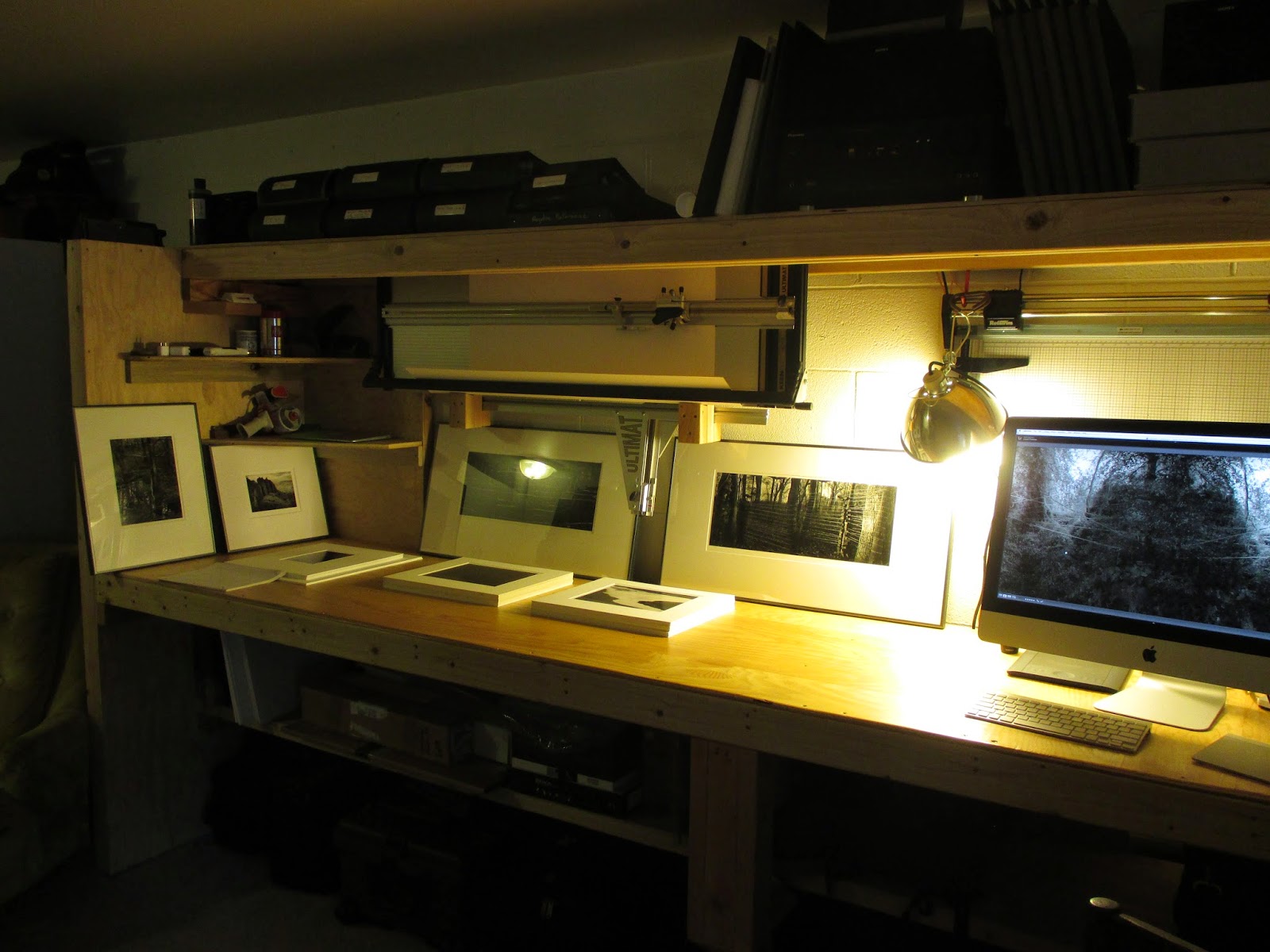 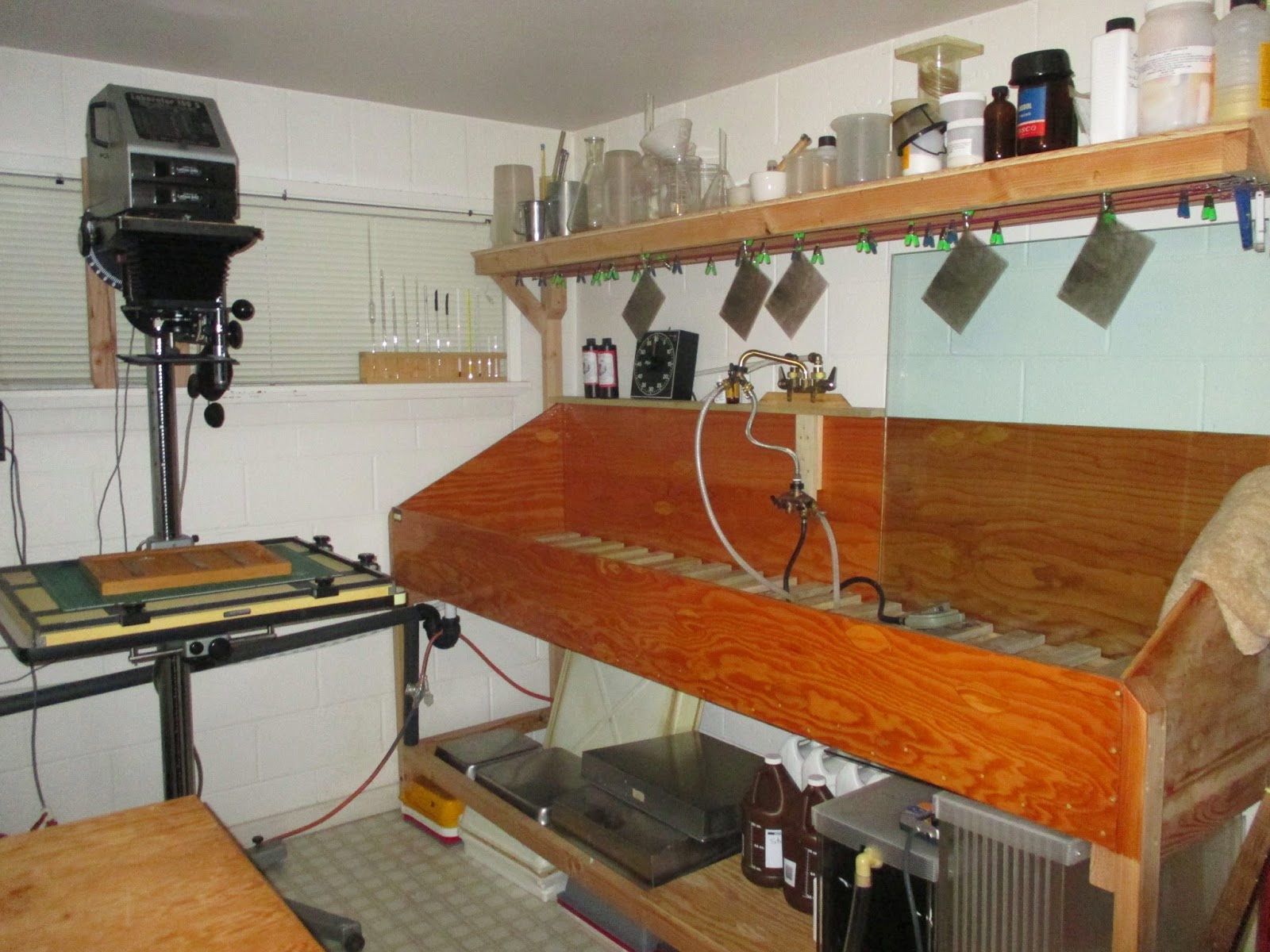 Because I had only just become familiar with Joe's work, and a small subset of it at that, I was especially curious to see what he would do with the prompt of the Michael Spafford piece, Three Swimmers No 1. It turns out the highly organized, tailor-made aspects of his tiny apartment find their way into his photography as well. But before we get a sneak peak to what Joe is working on, lets look at the beautiful piece of equipment he is using to do the work.


The Linhof 5x7 is a work of art in and of itself, a design that recalls another era.  Not only does it command a particular reverence, but also complete focus - one can't rush through the process of taking the photograph. When Joe uses the camera, he said he enters a different mindset, a zen state.  With the drape over his back, alone in the landscape, time melts away and a half-hour can go by simply composing the image. Its the first time I've had the opportunity to look through such a camera, and I could immediately understand his sentiment. The image itself is upside down when looking through the camera, and Joe feels this inherent abstraction helps him pay attention to the formal aspects of the image rather than the object as we know it. 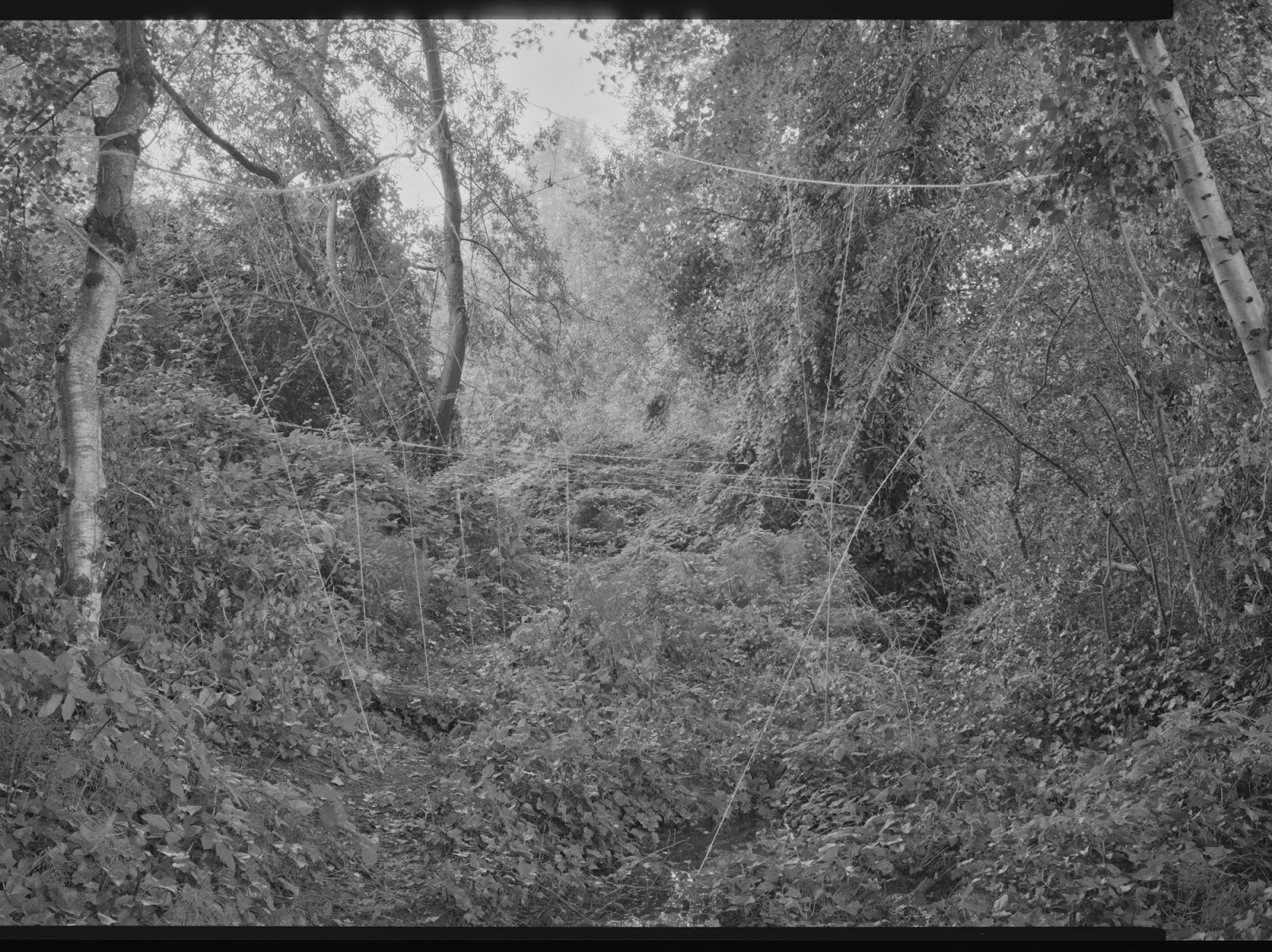 The image above, just a beginning to the work he developed for To Be Alone Together, is his way of deconstructing a particular space and reconstructing it in a new way. It relates well to the Spafford piece in that Spafford also created an image that is flat and dimensional at the same time. By utilizing a flat focus for the entire image, and then breaking up our field of view with the string, Joe is effectively doing what Spafford does with his horizontal lines broken up by the three swimming figures.  Despite the simplicity of both images, our eyes are captured within the picture plane and move  through the image and sense of depth constructed by the artists.

As one can imagine of someone who takes the "slow approach" to wilderness photography, Joe prefers to be alone. "Its nice having comfort when I'm working, but that gets old pretty quick, and there's this real need and desire to be completely isolated." I can see him out there in the wilderness, nimble and energetic, but with a sense of mystery exuded by his work. I imagine him cutting branches and tying strings to trees and standing under the drape of his camera, which would look pretty crazy to a passerby. I asked him if curious people tend to approach him when he is working. He said "They see me out there, typically wearing Filson stuff, because of thorns, and I've got machetes strapped to me and I've got axes, and I've got this weird hat that I wear because stuff is falling, and they tend to leave me alone."